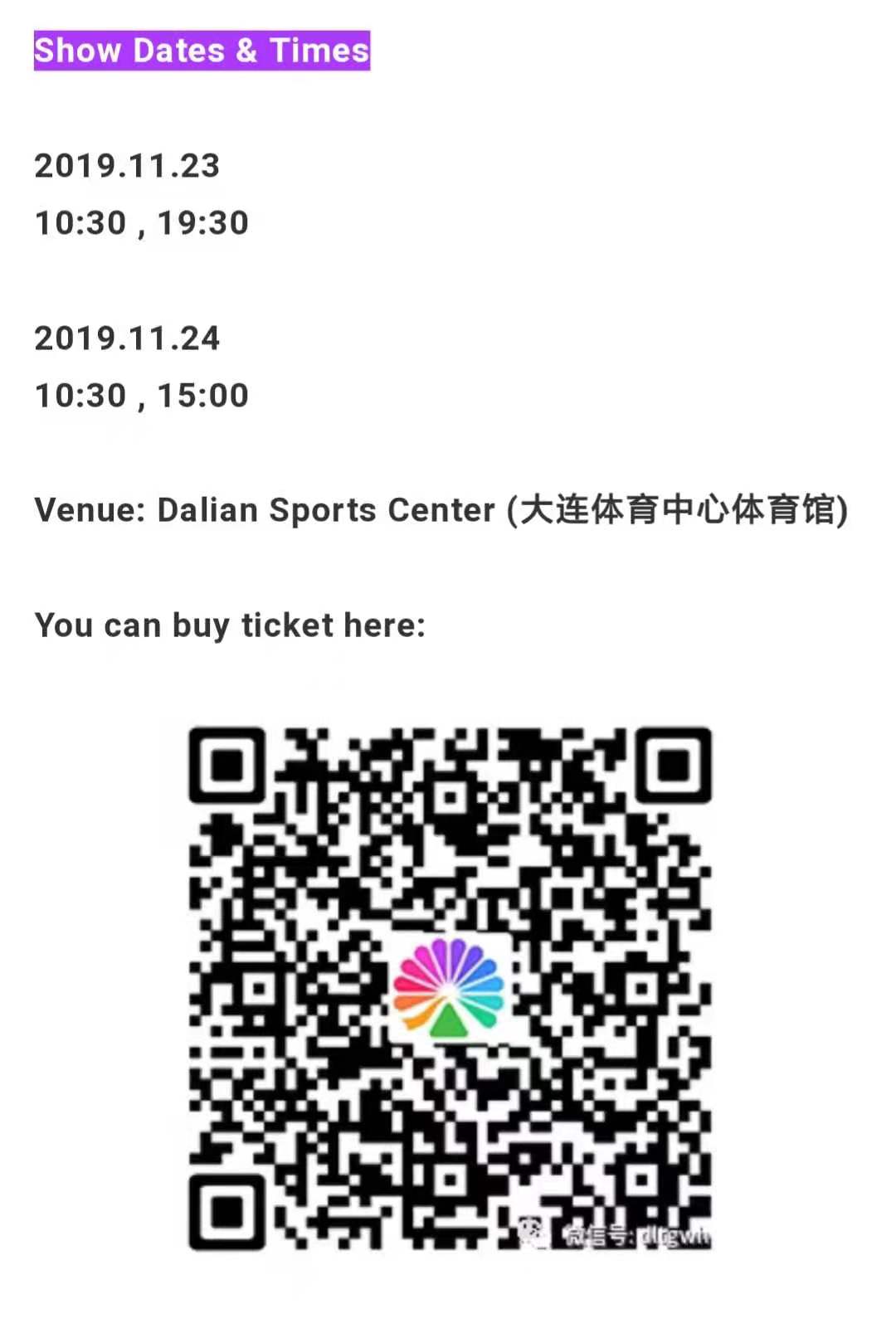 Hello guys, there will be an event on November 23, 2019. Disney on Ice is coming to Dalian. Disney on Ice, originally Walt Disney's World on Ice, is a series of touring ice shows produced by Feld Entertainment's Ice Follies And Holiday on Ice, Inc. under agreement with The Walt Disney Company.

Aimed primarily at children, the shows feature figure skaters portraying the roles of Disney characters in performances derived from various Disney films. The show that will come to Dalian in November is titled "Live Your Dreams （勇敢追梦）".